William Herschel is known today for the contribution he made to Astronomy, although for at least half his professional life he was a musician and composer. He was born in Hanover in 1738, and began working life there as a military musician, before coming to England in 1757, working as a musician, and becoming organist at the Octagon Chapel in Bath in 1866. He joined local orchestras, and was soon directing concerts. His brother Alexander, and later his sister Caroline, both joined him, initially also as musicians. At the same time he was developing an interest in astronomy and, finding that he could not afford a really powerful telescope, decided to make one for himself.

After much experimentation, and much work by Alexander who proved a skilful mechanic, their first useful instrument, a 5” reflector, was produced in 1774. More telescopes were to follow, and Caroline began to assist with observations, as William began his systematic review of the heavens.  On 13 March 1781, from the back garden 19 New King Street, he discovered what became known as the planet Uranus . This discovery was the first of its kind since antiquity and it doubled the known size of the Solar System. The discovery of Uranus made William famous around Europe, and brought him to the attention of King George III.

William was also the first to recognise the Milky Way for what it was, and identified and classified  many stars and nebulae.

Another of Herschel’s discoveries  was infrared radiation, from an experiment with splitting sunlight through a Newtonian prism to measure the temperatures of the various colours displayed. The ‘invisible light’ he chanced upon beyond the red light opened a hitherto unknown vista of the electromagnetic spectrum.

In 1782 William and Caroline moved from Bath, to Datchet, and then Slough, where William lived until his death in 1822. Caroline then moved back to Hannover, where she died in 1848 as a much lauded astronomer in her own right.

You can see a useful video particularly for teachers by Dr Mark Whalley of the IoP putting the Herschels’ story in a wider context here: https://youtu.be/exUiu4f77lo

Alexander is also an important figure in this story, both as a musician and telescope maker. You can see more detail about him here – Johann Alexander Herschel – Biography 2021.

William’s son John was born in 1792. He became a great Victorian polymath in addition to building on the family tradition of astronomy.

You can find sources of more detail on the Herschels’ life and  work, on our Herschel Resources page. 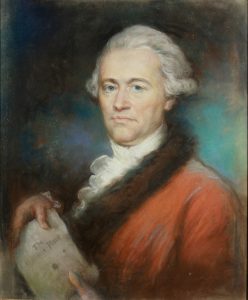 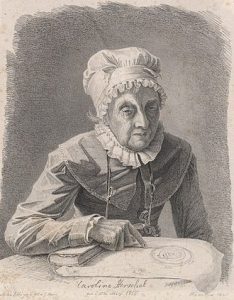