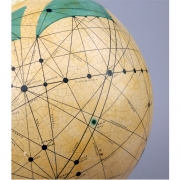 Humans have long been intrigued by the possibility that Mars might harbour life. Planetary scientists nowadays continue to hunt for evidence of it, and space technologists even advocate settling ourselves there permanently. These are bold projects, and in this talk I suggest that we look back before we look forward, to consider how humans studied and thought about Mars before the Space Age. Investigating 19th-century arguments over whether the red planet was teeming with intelligent life, and exploring fantastical stories about what that life might do to us, reveal important lessons, I will argue, for how we understand the next century of Martian exploration.

Joshua Nall is Curator of Modern Sciences at the University of Cambridge’s Whipple Museum of the History of Science. He is an historian of 19th- and 20th-century astronomy and physics with a particular interest in empires and extraterrestrials. His book, News from Mars: Mass Media and the Forging of a New Astronomy, 1860–1910 (University of Pittsburgh Press, 2019) won the History of Science Society’s 2020 Philip J. Pauly Prize for the best first book on the history of science in the Americas.

Life on Mars? A Short History of 19th-Century Exploration of the Red Planet 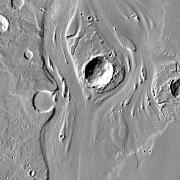 Michael Carr
Leader of the Imaging Team for NASA on the Viking Orbiter and subsequent missions.

The history of water on Mars has huge implications for the possibility of life on Mars and the future of life on Earth. This is the first of two lectures on this subject, with the second lecture to be given by Steve Clifford in February.

Widespread fluvial dissection of the heavily cratered martian highlands indicates that, around 3.8 billion years ago, Mars had a warm, wet, Earth-like hydrologic system with precipitation, rivers, lakes and oceans. Mars then cooled and developed a kilometers-thick permafrost. Around 3.0-3.4 billion years ago massive eruptions of groundwater trapped beneath the permafrost caused huge floods that flowed into the low-lying northern plains to create an ocean that rapidly froze. The water subsequently sublimated away, some to form the present polar caps but most being lost to space, mainly during periods of high obliquity.

Michael Carr received a BSc from University College, London in 1956 and a Ph.D from Yale in 1960, both in Geology. After a postdoc at the University of Western Ontario he joined the U.S. Geological Survey in 1962. He first started working on Mars in 1970, after joining the Mariner-9 imaging team. Subsequently, between 1976 and 1980, as leader of the Viking Orbiter Imaging team, he supervised the acquisition of 55,000 images of Mars. He was also involved with every following Mars mission until he retired in 2004. He has written over 200 papers on Mars and three books, The Surface of Mars (1981), Water on Mars (1996) and The Surface of Mars (2006). He lives in Woodside, California.

Book tickets [Link will be provided].

Mars: Ancient rivers, lakes and oceans. But where is the water now? 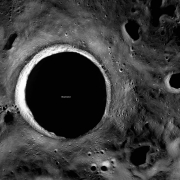 Humanity is preparing to return to the moon; this time not simply as tourists. Lunar regolith (dust) presents a risk when landing and operating anywhere on the lunar surface, but at the south pole this same material may also become a resource. However, the lunar south pole presents other interesting risks and opportunities particularly when it comes to the impact of the Sun. The perpetually low Sun angle, as it tracks around the horizon, will provide almost constant illumination for surface operations and photovoltaic power systems, but it may also generate a complex electromagnetic environment. In addition, large areas of the lunar surface will be in permanent, or near permanent shadow. Such shadows may be the location of significant resources but they may also hamper surface operations. In this talk, the effects of dust and the sun angle on lunar surface operations will be discussed, and technologies currently under development to help alleviate some of these issues will be presented.

Dr. Dan Batcheldor, astrophysicist, is a Senior Scientist and Subject Matter Expert in Physics as a contractor at NASA’s Kennedy Space Center. He was previously the Head of the Department of Aerospace, Physics and Space Sciences at the Florida Institute of Technology. He moved to the US in 2004 and won multiple opportunities to use the Hubble Space Telescope. His research has covered all the sci-fi classics of Black holes, planets around other stars, and Mars. He is currently supporting the Artemis mission to land the first woman and  first person of color to the lunar south pole in the coming years.

Dr. Batcheldor attended the University of Hertfordshire after coming up through King Edward’s School on Broad Street and North Road. He is author of “Astronomy Saves the World: Securing our Future Through Exploration and Education” that advocates for the introduction of astronomy as part of core school curricula, thus improving the scientific literacy of the general public.”